How Kybella Can Work For You

How Kybella Can Work For You

For years, liposuction has been the treatment of choice by medical specialists and patients to remove excess fat under the chin because, 67% of patients who go to the clinic admit to being concerned about submental fat (below the chin), just as another percentage of patients feel discomfort from the appearance of wrinkles, according to the American Society of Dermatological Surgery (ASDS).

One of the most notable changes in aging is the accumulation of fat in the area under the chin or submental area, which is commonly known as a double chin. This causes the face to look asymmetrical, heavy and with aesthetic appearance unpleasant for our patients.

Recently, the agency for the Food and Drug Administration (FDA) approved KYBELLA® (deoxycholic acid), the first non-invasive injectable treatment aimed at eliminating localized fat. It is a novel aesthetic treatment, safe and with excellent results that has been developed to promote a non-surgical alternative and improve the appearance of the submental area of ​​the face by eliminating the double chin.

KYBELLA® is an injectable solution that is infiltrated directly into the adipose tissue (fat) of the submental area to dissolve and eliminate fat cells. Created by Allergan, this injectable solution is widely used in the area of ​​aesthetics, plastic surgery, and dermatological surgery.

It is the only injectable (non-surgical) treatment capable of dissolving the fat located in the submental area, eliminating the appearance of a double chin in the patient and reducing the mild or moderate sagging that is usually left after the treatment. The only possible option is no longer liposuction, many patients can obtain a safe aesthetic treatment and with important results without resorting to a slightly more aggressive surgical option that often leaves the area distended.

KYBELLA® has as an active ingredient synthetic deoxycholic acid (which mimics natural bile acid) and that when injected into the subcutaneous fat located in the submental area destroys fat cells, due to the mechanism of action based on being a cytolytic drug (destroys the cell membrane).

It is an acid capable of breaking down localized fat cells. At the time of starting the procedure should be carried out by a professional. The product is infiltrated under the chin, destroying the cell membrane of fat cells, which causes a decrease in fatty tissue under the skin and eliminates the appearance of a double chin. The elimination of fat cells is definitive, which is why, when completely destroyed, fat can no longer accumulate in the treated area.

The specialist is in charge of taking pictures of the patient’s profile so that they can later compare pre or post-treatment results. A local anesthetic is applied to the area to lower the pain threshold and allowed to act for 30 minutes. Then, the submental area is marked to indicate the points to be treated and multiple KYBELLA® microinjections are performed under the chin.

The injection process takes approximately 15 to 30 minutes. The exact number of injections will depend on the amount of fat under your chin and the desired profile.

Depending on each patient and the amount and distribution of submental fat, 2 to 4 sessions will be performed, respecting a time of 4 and 6 weeks between each session. The treatment time is 15 to 30 minutes.

After treatment with KYBELLA® the next day the patient can return comfortably to their routine activities. It is recommended not to do activities that require force majeure and high impact exercise for at least two days after treatment.

Yes. It is an aesthetic treatment approved by the FDA indicated to be applied in the submental area. It has proven to be well tolerated in clinical studies. KYBELLA® has undergone a rigorous clinical evaluation, including four phases 3 clinical studies involving more than 2,600 patients worldwide.

In addition to being safe, KYBELLA® is the first aesthetic treatment to show permanent results against fat and also against the sagging that usually remains later in the area. In the fourth session, the patient perceives favorable changes and an average of six sessions are required to achieve an optimal result. The patient will achieve a thinner, symmetrical profile. 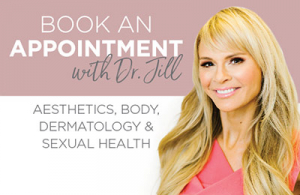 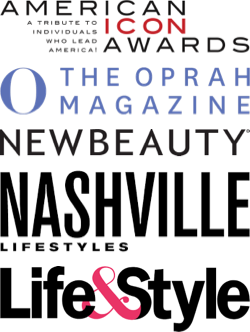